Congratulations to Tom Cave on his MSA British Rally Championships result after an incredible end to a series of challenging races. The last event of the championship could not have gone better for Tom and co-driver James Morgan, who delivered a faultless performance from start to finish in the Rally Isle of Man.

Consisting of 167 miles, the Rally Isle of Man is infamous for being less than friendly to its competitors, what with its demanding stages and exhausting roads. However, after a troublesome penultimate race in Northern Ireland back in August, Tom and James had their sights set on a hassle-free rally and finished the season off with amazing results.

Day 1 on Thursday began with Tom, who buckled down and set the pace in the first of the evening’s stages, getting back to Douglas for the overnight halt, not only second in the BRC standings, but second in the overall event behind Evans.

Day 2 was a long one, but the car powered through beautifully, while James kept a close eye on the stage times of the crews that mattered and Tom adjusted his pace accordingly.

Day 3 came and the team knew it was make or break in what would be the most critical six stages of the entire season. But, with blinkers on, Tom and James fixed their gaze ahead of them and crossed the TT Grandstand finishing line with an outstanding final result.

“I’m really pleased we were able to maintain such a good pace throughout the rally and I was able to push when we needed to push to stay ahead of our rivals.

“Second in the BRC is the best outcome we could have hoped for, not just for this event, but for the season overall. We always knew it was going to be tough to beat Elfyn and we were up against so many top drivers. But I’ve had a great team around me and that has made such a difference.

“Not only have Spencer Sport given me a car that’s performed faultlessly throughout the year, but James and the team’s support and commitment to what we needed to achieve has been incredible. Testimony to this is the fact that we are one of only two crews in the whole of the British Rally Championship field that has scored points on all seven rounds.

“I would therefore like to thank James for his work inside the car, the team for their work outside it, plus all of my sponsors and supporters, including the Trefeddian Hotel, Michelin and team boss Jamie Jukes for letting me drive his car! It’s been a fantastic season.” – Tom Cave

It has been incredible to watch the season unfold for Tom and his team and we are so proud to have him as one of our ambassadors. Time for some bubbly we think! Congratulations, Tom! 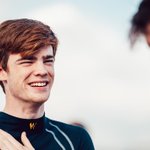 “Other base layers are available” 🙄

Sending a huge congratulations to everyone at @followWRT on winning the @GTWorldChEu Endurance Cup in Barcelona! 🏆

What a way to end the season! 🙌 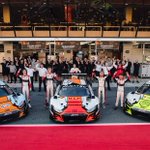