Walero’s ‘Real Racers’ campaign intends to shine a light on the personalities, stories and characters across all levels of grassroots motorsport. All members of the campaign compete up and down the land and have independently chosen Walero to keep them cool under pressure and help them fight it out at the front of the grid. In our second edition of 2021, we speak to 14-year-old Edward Pearson on the eve of his debut in the Ginetta Junior Championship with Richardson Racing.

Entering the Ginetta Junior Championship is a defining moment for young racing drivers in Great Britain. In recent years, it’s become the first step into professional motorsport from karting and has paved the way for some of British motorsport’s finest talent.

Edward Pearson, a 14-year-old racer from Surrey, is about to embark on that same journey.

“It’s probably the biggest year I’ve had so far because of what it leads you to do next, it’s either F4 or maybe going down the BTCC route or racing Mini’s. It’s just trying to decide. If you do well, it opens up more gaps for your future. It’s a crucial year.”

Edward steps up to the series after a successful career in national and international karting, with several podium finishes to his name. However, 2020 proved to be a challenging year with the onset of the coronavirus pandemic which hampered Edward’s efforts and forced him into a rethink.

“Covid has really not been the best but we’ve got through it. We made the decision [to prepare for 2021] in May. Karting is useful for racecraft and the like but after a while there isn’t really a point to splashing so much money on a weekend when you could put it towards Ginetta.”

He also explains the allure of the Ginetta Junior Championship and why it’s proved so successful in kickstarting the careers of many of motorsport’s rising stars.

“Personally I think it’s one of the best championships for someone my age. It’s the exposure. You get the BTCC, of course, the TOCA package, and that can attract sponsors to you.

“There were some very good karters who chose to kart for a couple more years instead of doing Ginetta.

“I think it’s better to do those two or three years in Ginetta. It doesn’t only teach you how to get ready for a bigger car, it also teaches you how to drive a GT in a way. Personally it’s just one of the best championships and the price is very reasonable.”

Discussing his route into motorsport and where his passion stems from, Edward reveals his passion for all things four-wheeled and that racing has very much been a family affair.

“Well, I love cars,” Edward said. “My dad works in the car business, so he always tried new cars and things and I’d always be interested in them. Also my grandfather used to race so it’s in the family. But yeah, I’ve just always loved cars.”

In conversation, Edward cuts a refreshingly pragmatic demeanour. He’s all too aware of the pitfalls that come with getting carried away as a young driver aiming high in the sport. Instead, he delivers a realistic goal for the season and an initial pathway for what his future may hold.

“I want to be in the top five for most races. If I’m fighting for the championship then that’s amazing but if I’m in the top five consistently I’ll be very happy with that.

“With all the testing we’ve done, I 100% think we should be up there. There’s a big chance that we should be there.

“My plan in my head is a year of Ginetta and then perhaps move on to F4 – maybe start testing F4 in the middle of this year.

“Looking even further, it’s everyone’s dream to race in F1 but that doesn’t mean you’re going to get there. That’s the one thing I love about racing – it’s not just F1. There’s so many other things – you’ve got Formula E, GT, LMP. For me, I think Formula E is probably the more likely.”

In preparing for this season, Edward has undergone a mammoth testing regime – racking up the miles at several of the UK’s best race circuits, many of which will feature on this season’s calendar.

“I’ve tested at Brands Hatch, Donington, Snetterton, Oulton Park, Thruxton and Blyton Park. I’ve been to most of them and that’s just over the past three months. We’ve been doing so much testing since January, we’ve been out pretty much every weekend.

“I love Brands as it’s my home circuit but I actually really love Thruxton. It’s such a good circuit.”

In levelling up the competition you race in, there’s also a mental aspect to ensuring you’re ready to take on a bigger, faster challenge. Edward sees this adjustment as nothing more than standard practice.

“To me, I just see it as the same thing – it’s just I’m in a bigger office so to speak. Of course if I went round Thruxton in a go-kart, I would see and feel the difference. But the way that I see it, I don’t really think they’re different. I just think one’s bigger and one’s smaller.

“It can be really difficult going to a bigger circuit and you see all these fancy race cars blasting past at 220 miles per hour but when you get used to the circuit, it’s great fun.”

Part of that preparation is learning new circuits, working out your braking points, spotting any reference markers you can use to guide you and starting to develop a feel for the circuit. Despite all of the information, access and equipment available to today’s cohort of drivers, this process can still throw up challenges.

“It’s hard learning new circuits,” Edward explained. “Especially when they’re so many miles long. That’s the difference between a kart circuit and a normal circuit. Even though there’s more corners on a kart circuit, it’s much smaller so it takes less time. It should, theoretically, be harder on a kart circuit because you’ve got less time to think about it.

“If I haven’t been there, I’m always faster at the end of the day because I’ve learnt something. If I go to a new circuit, it’s hard for me to get straight on the pace but once I’m there, I’m not really moving.”

With just one month to go until the season opener at Thruxton, Edward has plenty more testing ahead of him to ensure he’s as prepared as possible for the year ahead. You can follow Edward on his journey by following his Instagram account.

We'd like to wish our partners @followWRT a huge congratulations on their championship triumph in the @EuropeanLMS! 🏆

Hugely deserved - well done to all of the team! 👏 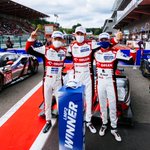 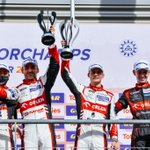 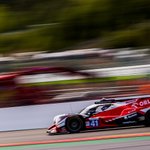 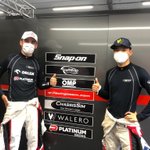 How happy are you feeling, @AidenMoffat16? 😅

Congrats to our #WaleroAthlete, Aiden Moffat who storms to a race win after taking his maiden @BTCC pole position yesterday in qualifying! 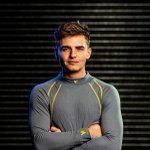 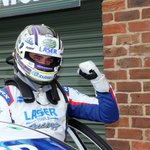 There's a busy weekend of racing coming up! 🤩

What are you most looking forward to? 👀 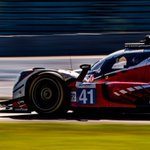