The seven-stage event held on Saturday 14th May comprised 45 competitive miles, starting in Gartheiniog Forest and finishing in Welshpool, just 10 miles from Tom‘s home town in Aberdyfi; an advantage from the beginning.

The weather was bright and despite stages in North Wales Forests being dry and dusty, poor visibility caused by dust was unlikely to be an issue. The Aberdovey driver led with a strong start and along with co-driver, James Morgan, proceeded to win six of the event’s seven stages, crossing the finish line with a convincing margin of 27-seconds.

“I haven’t enjoyed a rally as much as this for a long time,” said Tom at the finish. “We entered the event to work on set ups and to test the Michelin tyres in competitive conditions – as well as make sure we kept ourselves match fit during the gap between BRC events. In fact, everything went so well, we quickly found ourselves in front and I’m delighted to have provided Spencer Sport with its first overall victory and to have won my home event.”

Tom continues, “It’s clear from this result that all of us in the team are doing the right things and if we can continue the momentum into the next round of the BRC, then we’ve achieved what we wanted to achieve this weekend. I therefore have to thank the Spencer Sport team for providing me with such a fantastic car. It never missed a beat throughout the rally, and to thank James for his work and support inside the car.”

The team has been on an eight-week gap between the Pirelli Carlisle Rally and the RSAC Scottish Rally and Tom, James and the Spencer Sport team took the decision last week to enter the fourth round of the BTRDA Rally Series. With the weekend’s result, they (and us!) are very pleased they did!

As one of our brand ambassadors, we were thrilled to support Tom during the race. “Thanks to Walero for keeping me cool today #sweaty work.” – @tomcaveman7, instagram.

The next event for Tom, James and the Spencer sport team is the RSAC Scottish Rally that starts and finishes in Dumfries and takes place on 25th June.

Walero team up with Cobra Motorsports

Tom Cave achieves 2nd Place in Round 4 of BRC

Racing demands the most advanced technology. Walero applies the same principle to its temperature-controlled FIA & SFI-approved Base Layers.

We can't wait but how excited are you? 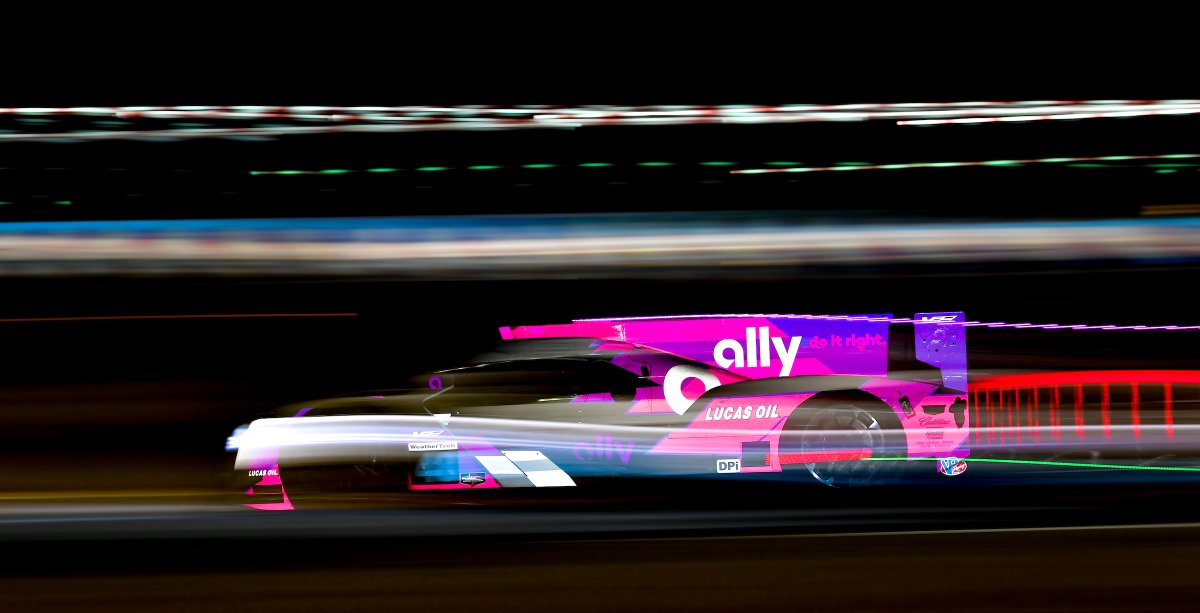 Find out more about our innovative range of base layers and where you can get yours from here ➡️ https://walero.uk

The search to find our new #Walero athlete ends TOMORROW!

If you're yet to enter, make sure you submit your entry by 16:00 GMT tomorrow afternoon! 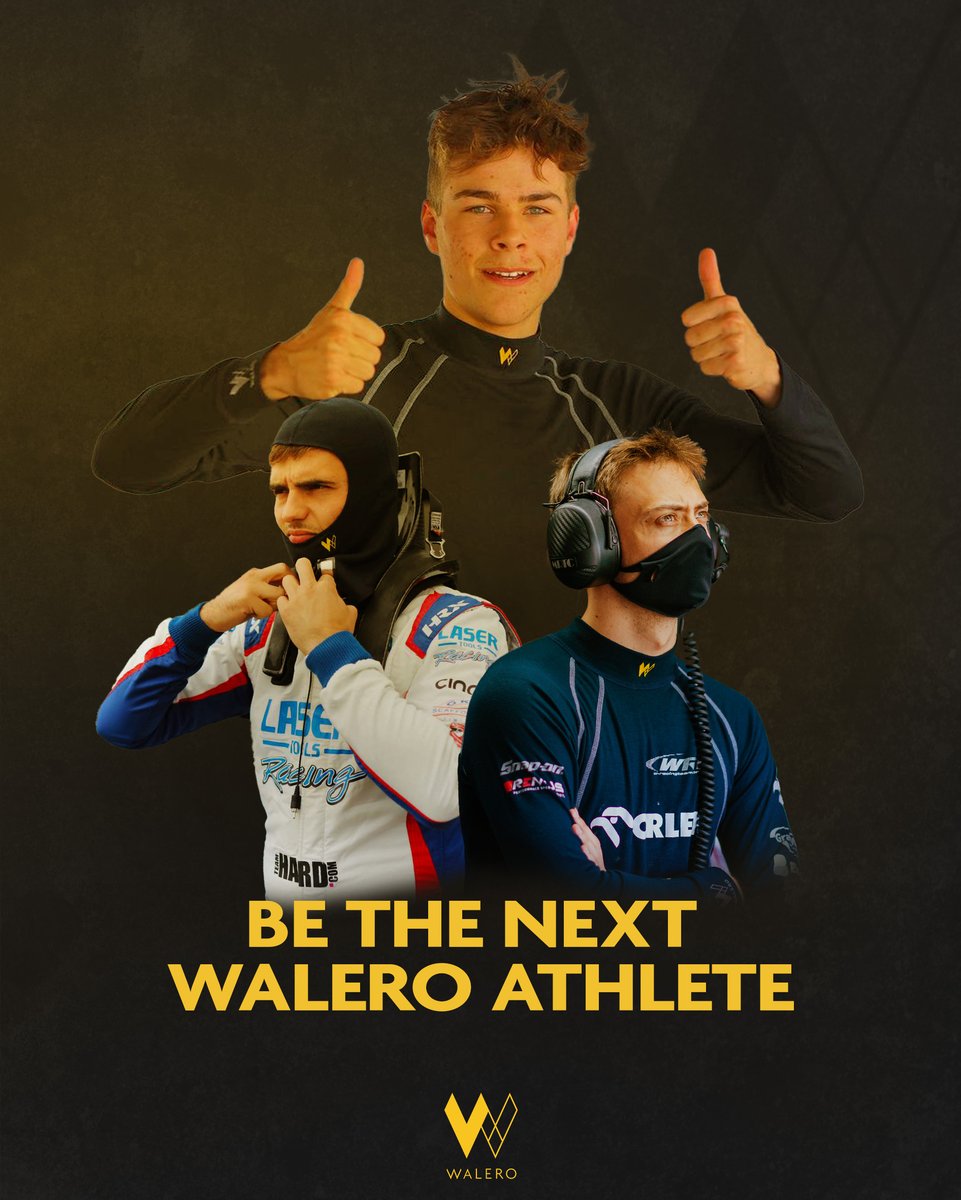 Think it could be you? Tell us below why you think you should be our next #Walero athlete!

It's a brand-new year... time to make a splash!

From all of ours to all of yours 💛

Everyone at @waleromotorsports would like to wish all of our customers, friends and supporters a very Merry Christmas and a wonderfully Happy New Year!

Our sincerest thanks go out to each of you who continue to trust in #Walero when it comes to your choice of undergarments and base layers. You really are the best! 🙌🏻

Here’s to a load more success for every driver who wears #Walero in 2022! 🏆

Whose out of office is on already? 👀

When the weather outside is frightful... 🥶

Brave the elements with our temperature-regulating beanie!

Defy your limits and #GetTheEdge

The fresh design translates into the comfort of such a breathable cap, with mesh mid & rear panels for a lightweight feel and an easy-to-adjust snapback closure on the rear.

Stylish and comfortable, this Walero race cap features all of the same thermal technology as our base layers and is perfect for any activity – whether you’re running, cycling or just out in the sun.

Incorporating our leading temperature-regulating Outlast technology, the Walero New Era 9Fifty Snapback features a unique Walero ‘Get The Edge’ badge on the front-left and an embroidered New Era logo to the wearer’s left.

At the start of 2021, @alexwalkerracing was selected as our new #Walero athlete.

By the end of the year, he'd won multiple races in Formula Ford and become a Porsche Junior finalist!

Do you want to follow in Alex's footsteps? Make sure you submit your entry for 2022!

We had some amazing entries last year and can’t wait to receive all your applications.

Think it could be you? To be in with a chance, tell us below why you think you should be our next #Walero athlete!

You can also email your pitches to marketing@walero.uk

Full T&Cs available on our website (link in bio) 🔗

It's time for another of your brilliant #WinnersWearWalero stories! 💛

In 2019, @barneycollinsonracing competed in first ever car race at Donington Park at the age of just 16. Unfortunately, the race didn't go to plan and he rolled the car.

Fast forward to 2021 and Barney returned to Donington in the same car, in the same race and smashed the lap record!

Determination in the face of adversity 👊

In 2021, Georgina completed her training to become an Experienced Specialist Marshal - keeping us all safe whilst out on track!

Our #WinnersWearWalero campaign is all about celebrating YOUR successes in 2021 and we've selected some from your amazing entries! 💛

Today we focus on @james.black53_ who, cool and collected in his #Walero base layers, stepped up to the @britcarendurancechampionship Trophy category in 2021.

The 18-year-old joined the series fresh from the @jsccofficial and, behind the wheel of the #67 @westbourne_motorsport Renault Clio Gen 3, took it by storm with two class wins and a podium at every single event!

“Walero helped me massively in the Britcar Endurance Trophy Championship this year. Running in 50 minute races staying at a stable temperature was essential! We had a great season with a podium in every event plus a couple of class wins for good measure and wearing Walero base layers was key to my success! I’m already looking ahead to next year and can’t wait to get back out on track!”

We're hugely proud to have helped @benrhodes in his charge to the 2021 @nascar Camping World Truck Series title! 🔥

Anyone else missing that pitlane feeling?

Our base layers can reduce perspiration by up to 40% - keeping you fresher for longer!

Our third #WinnersWearWalero feature shines the spotlight on @follow_wrt, who tasted success in every series they entered in 2021 🙌

WRT’s list of achievements in 2021 is mighty impressive. They dominated their first full year of LMP2 with victory at the @24heuresdumans and championship titles in @fiawec_official and @elms_official. The success didn’t stop there either with a double-title triumph in @gtworldcheu to add to their collection!

“It’s very difficult for me to pick a highlight from this when there are so many!” said Vincent Vosse, WRT Team Principal. “To end the year with success all across LMP2 and GT3 only shows how hard the team have worked in a very busy season. In our first full year of LMP2, we’ve won Le Mans and WEC as well as both titles in ELMS - it really doesn’t get any better than that. In GTWCE, we defended our Overall Teams, Sprint Teams and Sprint Drivers titles from last year and added to that with the Overall Drivers and Endurance Teams. I’m incredibly proud of every single member of the team.”

We're proud to partner with over 20 retailers across the United States! 🇺🇸

From the East Coast to the West Coast and everywhere in between, you're sure to find a retailer near you 📍

In this week's #WinnersWearWalero rewind, we look back on @aidenmoffat16 as he enjoyed his best-ever season in the @btcc!

A maiden pole position coupled with an overall race win at Croft went hand-in-hand with four podium finishes and three Independent victories to reward Aiden with a career-best fourth in the Independent Drivers championship and eighth in the overall Drivers standings. Not only that, he helped propel @laser_tools_racing to the Teams and Independent Teams championships!

The Scotsman took off in the second half of the season, finishing in the top ten in nine of the final 12 races. In that time, he took his first win of the year and three podium finishes!

Up to an 8% reduction in heart rate compared to standard Nomex.

That's just the way we do things here at #Walero!