Despite being dealt a tough round of challenges on Day 1 of the race, Tom and James fought hard to climb 13 places to achieve their final position, having suffered a puncture, a broken driveshaft and a spin all on the first day, which resulted in the loss of more than four minutes. Tom did a fantastic job of acting fast to regain control during the spin, but the Fiesta was reduced to a two-wheel drive and the Spencer Sport team would have some work to do if the team were to finish Day 2 of the race.

As always, the Spencer Sport team did a fantastic job of getting the Fiesta back in shape for Saturday’s eight stages, meaning Tom and James were free to focus on gaining valuable minutes and seconds. Thankfully, Day 2 was kinder to the Welsh rally duo, and they were sure to make the most of it. Having ended Friday in 23rd place, Tom and James climbed an incredible 13 places on Day 2 and ended the event 10th overall.

“We were really pleased with our pace on Saturday, but Friday’s problems lost us so much time,” explained Tom. “We’ve never finished outside the top four in the British Rally Championship this season, so we’re of course disappointed not to do so again and to lose our chance of battling for the title on final round.

“I really must thank the Spencer Sport team for doing such a great job and for fixing the car on Friday evening. It ran faultlessly on Saturday. The whole team pulled together and we all did the best we possibly could in the circumstances.”

“I must also congratulate Elfyn and Craig for winning the event and therefore become BRC Champions. They would have been difficult to catch on the final round whatever happened this weekend, so for us to retain our second place in the championship is as much as we could have hoped for.

Who else is missing those pre-social distancing days?! 🙋🏼‍♀️🙋🏻‍♂️ 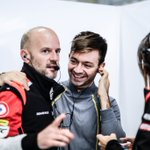 Nothing short of full focus is required in the heat of the battle! 💪 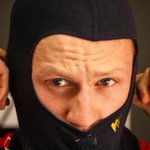 Everybody loves the sunshine ☀️ ... especially with #Walero keeping you cool 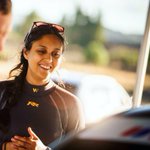