Pippa Mann: The Road to Indy

The Indianapolis 500. 500 miles, all left turns, average lap speeds of over 220mph between concrete walls, in front of the largest on-site crowd at any single day sporting event in the world.

500 miles on average over 3 hours to complete depending on the number of caution laps, in a car with open wheels, an open cockpit, and no power steering. 500 miles that take place on a race track where the slightest change in wind direction or track temperature can have catastrophic effects on your handling even if you started the day handling well, and at a place where if you get it wrong, the consequences can be brutal.

“I did not grow up an IndyCar fan. I didn’t know about Janet Guthrie and Lyn St James, and the first time I heard of the Indianapolis 500 was when Nigel Mansell took his moustache and Red 5 reputation to race in the United States after his 1992 Formula 1 World Championship title. Those were the drivers I grew up idolising, the races I watched on TV, and once a year in person at Silverstone for the British Grand Prix. I’ve never forgotten the thrill of seeing my first live Formula 1 race standing start, the emotions the noise and vibrations from the engines invoked from me… I genuinely never thought I would find something I liked better.

Scratch that. I genuinely never thought I would find something that came close.

In 2009 I moved to America to race in Indy Lights –  the feeder series to IndyCar. At the time I was happy with the move because it meant I got to keep racing, but as with many a European racer before me, and as with many who have come after me, I was wary of the ovals. In fact, the very first time I saw a high-banked oval in person, on the morning I was due to test on one for the first time, my language turned the air inside the team van blue.

The first IndyCar race I saw in person was a street race in Florida in March of 2009. Sure, these were not Formula 1 cars, but they were still big, bad and fast – three things that will always make race cars appeal to me. I started to warm and soften towards my new surroundings, but I still wasn’t entirely enchanted, or completely captivated – Formula 1 cars, and Formula 1 racing still had a hold on my heart.

“Then at the start of May 2009, things started to change. It happened slowly at first, the feelings creeping up on me as I watched the Indy 500 practice sessions, how fast the cars really ran, and how close to the edge.”

The sensation that I was experiencing something special started to grow as I watched qualifying. During the pre-race ceremonies, my heart beat faster, and the excitement and atmosphere was beginning to feel like nothing I had ever felt before. But the moment it really changed for me, completely and inexorably, was the moment I was standing on my feet, in the crowded stands, with those 11 rows accelerating to take the green.

From that moment forwards I found myself completely enthralled with chasing this entirely new dream.

Two years later, an English girl who never even knew this type of racing existed before Red 5, qualified for her first Indianapolis 500, in the closest field in the history of the greatest spectacle in racing, and in doing so I became the first ever British female qualifier for the Indy 500 too.

Seven years later, and the Indianapolis Motor Speedway has lost none of her magic, and May in Indianapolis remains the most special time of year. I still get goosebumps when I enter the track, I get chills when they play taps before the start of the race, and my complexion still turns a pale green / sheet white colour combination when I’m all trimmed out, and about to lay it all on the line to qualify. The reminders that this race track demands your respect alongside your reverie are never far away.

Four days before this year’s qualifying weekend, I will strap back into an IndyCar for the first time in nearly 12 months, and I will attempt to qualify for my seventh Indianapolis 500. I might not have the financial backing to race all year, and I might not have the extra funding for more seat time, or testing, but this May my name will once again be on a race car. I’m proud of the work I put in year round to try and piece together the budget needed to race, and I’m so grateful that Dale Coyne Racing has chosen to put me back in one of their cars for the sixth year straight.

Thumbs up for the weekend! 👍🤩 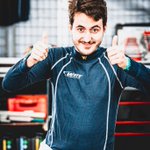 We all feel like we're stuck in the pitlane at the moment but the lights will go green again soon! 👊 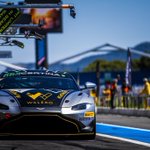 Any guesses what's got @tomwoodracing’s attention? 👀 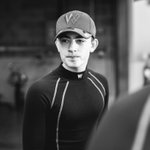