Our ambassador Gulf Racing ended the 2016 World Endurance Championship satisfied in the knowledge that they had the pace, commitment and determination to secure points scoring finishes against some of the best GT race teams on an International platform.

The season drew to a close on Sunday (20th November) in Bahrain and Gulf Racing left the middle east with a superb fourth place finish after six hours of hard racing.

The weekend got off to a great start after the team showed good pace throughout practice and qualifying with their exciting driver line-up of Adam Carrol, Ben Barker and Mike Wainwright.

Said Matt Beers, Team Manager: “Bahrain was our last chance to get on the podium and we showed we had the pace to get a result straight out of the blocks with Ben Barker storming through to second in class after the first hour. Although we had a good run on from there, a puncture in Mike’s first stint and some very strong performances from other competitors meant that we just missed out again. The WEC is a fantastic championship, and it has been a privilege to compete in such a challenging environment.”

It has been steep learning curve for the Milton Keynes based team who will now take a well-deserved break to evaluate plans for 2017. 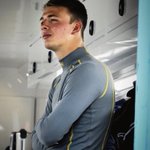 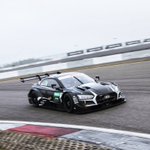 And that, ladies and gents is why I wear @WaleroRacing temperature regulating base layers! 💪🏻 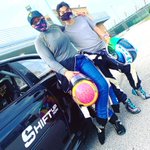